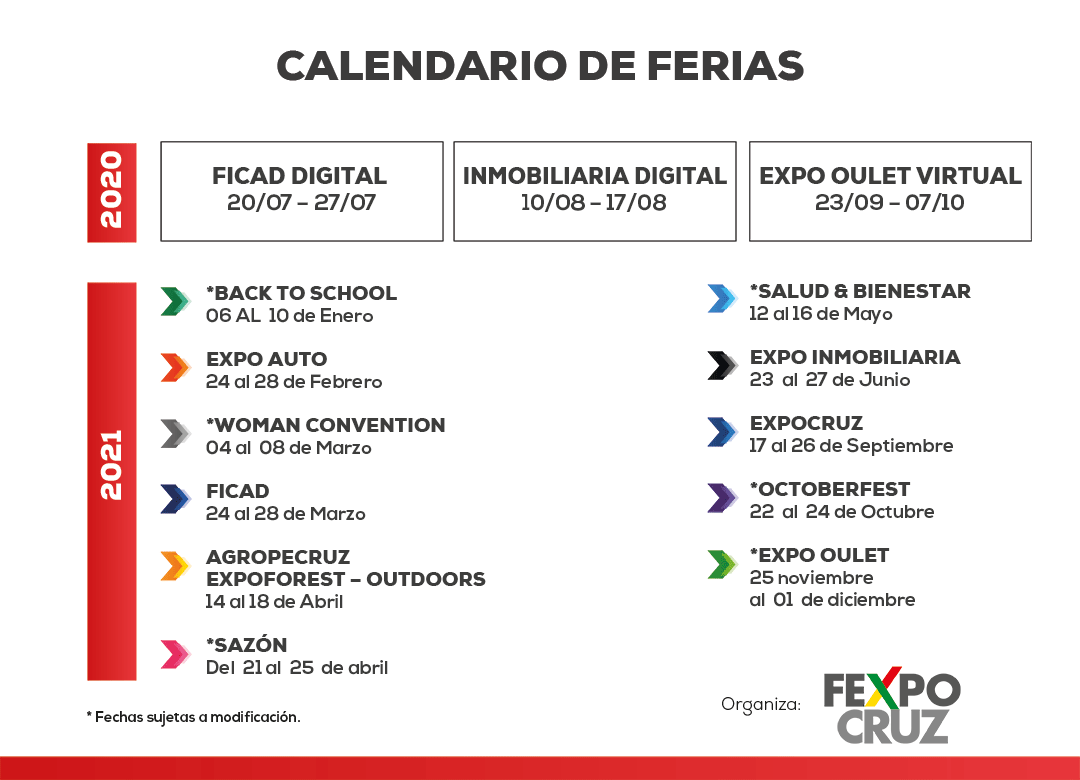 Our results are our best introduction.

EXHIBITORS IN OWN FAIRS

What our exhibitors are saying

"Connectivity and proximity to Bolivia has undoubtedly influenced Chile’s participation en Expocruz, in addition to the great opportunity we have as a region for effective commercial exchanges of all kinds."

"At international level Expocruz is a very important fair, reason for which we have a massive participation of Brazilians, for the purpose of making great offers known."

I always say: “We can cancel any of the 70 fairs we schedule with the exception of Expocruz.”

“Expocruz does not only try to do businesses, but it is also a subject of cultural and traditional matters which cannot be changed.”

“Expocruz is the most important trade fair in Bolivia and Latin America; it is multisectoral and appealing to many people.”

The First Fair takes place at the School of Medicine and Veterinary in order for the students to appreciate the progress on the subject of animal genetics. It was called The First Cattle Fair of Santa Cruz 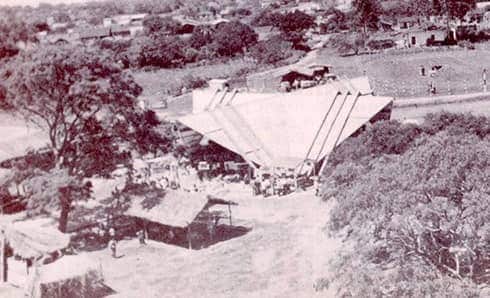 Back then and in view of the great demand for space and because the Palermo farm was not big enough, a lot was purchased for the Fair Complex with a surface of 90,440 square meters located on USA Avenue, today Roca Coronado. To reach this goal, the Chamber of Industry and Commerce and the Mixed Farming Chamber of the East became partners. 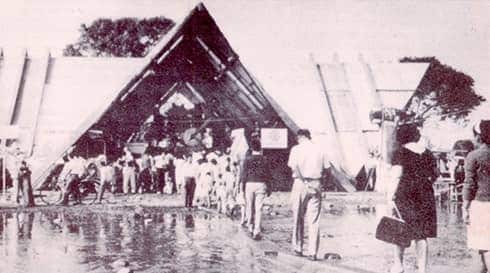 INAUGURATION OF THE FAIRS AND EXHIBITIONS CENTER

On September 22 of that year, Santa Cruz inaugurated the permanent Fairs and Exhibitions Center, the first ever built in the country specifically for that purpose, fully financed with private capitals. The fifth version was the first one of international nature, with the participation of: Germany, Argentina, Brazil, Chile, England and Japan. 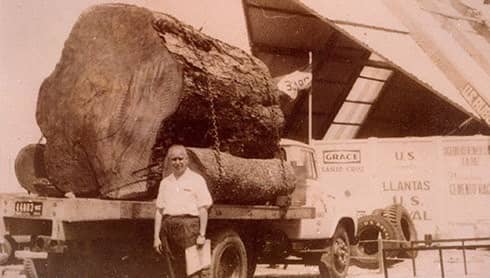 That year is of particular importance for the Santa Cruz Exhibition Trade Fair, because it met the requirements of the Association of International Trade Fairs of America (AFIDA) becoming a member of this maximum fair entity. 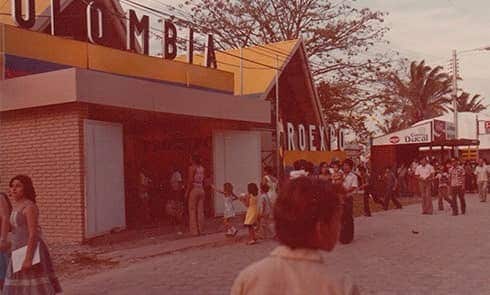 “CONDOR OF THE ANDES AWARD"

Upon celebrating its 25th anniversary, the National Government headed by Dr. Victor Paz Estenssoro, awards to the Santa Cruz Exhibition Trade Fair the highest award in Bolivia, “The Condor of the Andes”. 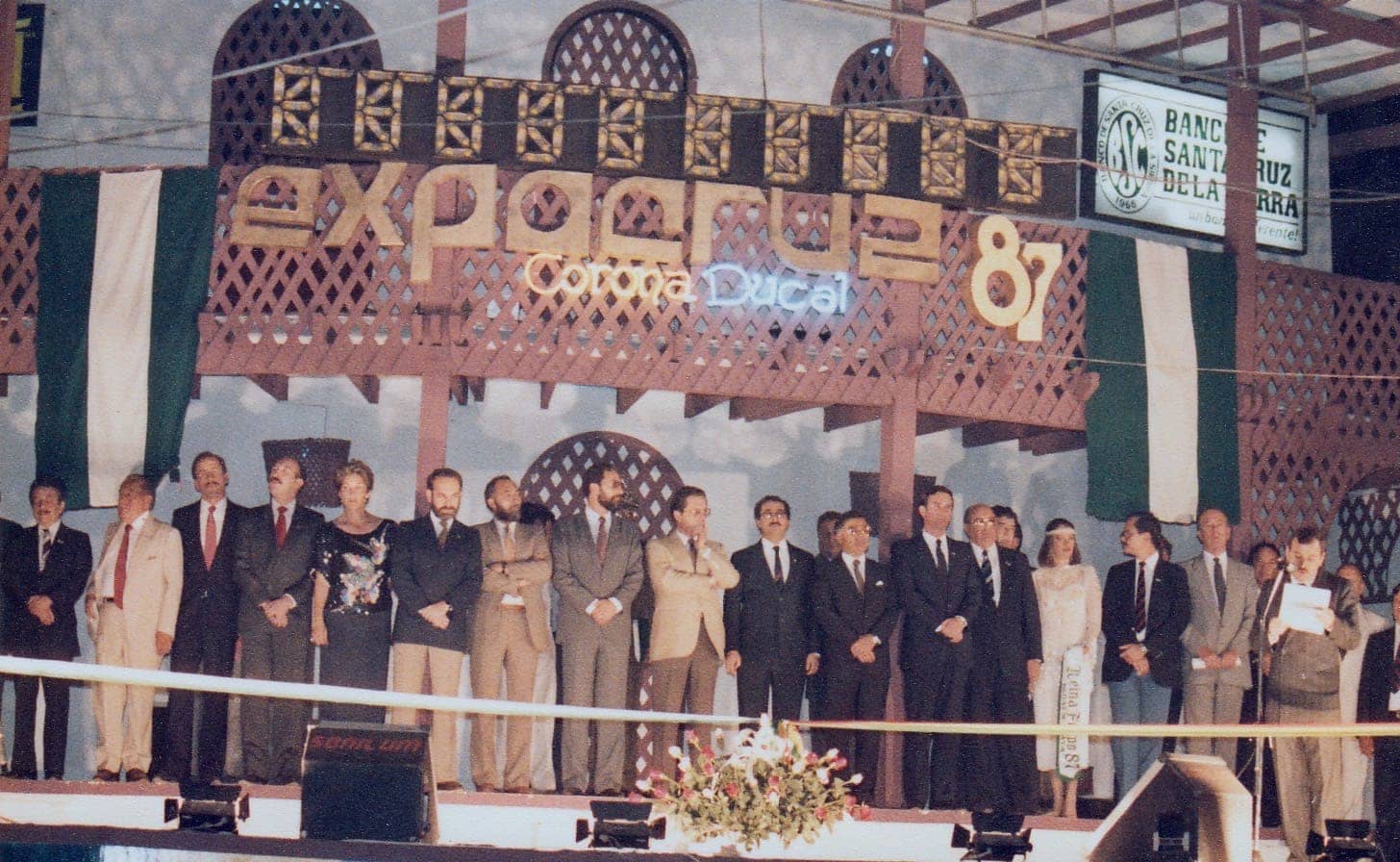 The Santa Cruz Exhibition Trade Fair is a permanent member of the Global Association of the Exhibition Industry (UFI), with headquarters in Paris, institution which brings together the most important fairs in the world. This is the year when the Santa Cruz Pavilion was built, the first pavilion with all characteristics and facilities for the exhibition of products. 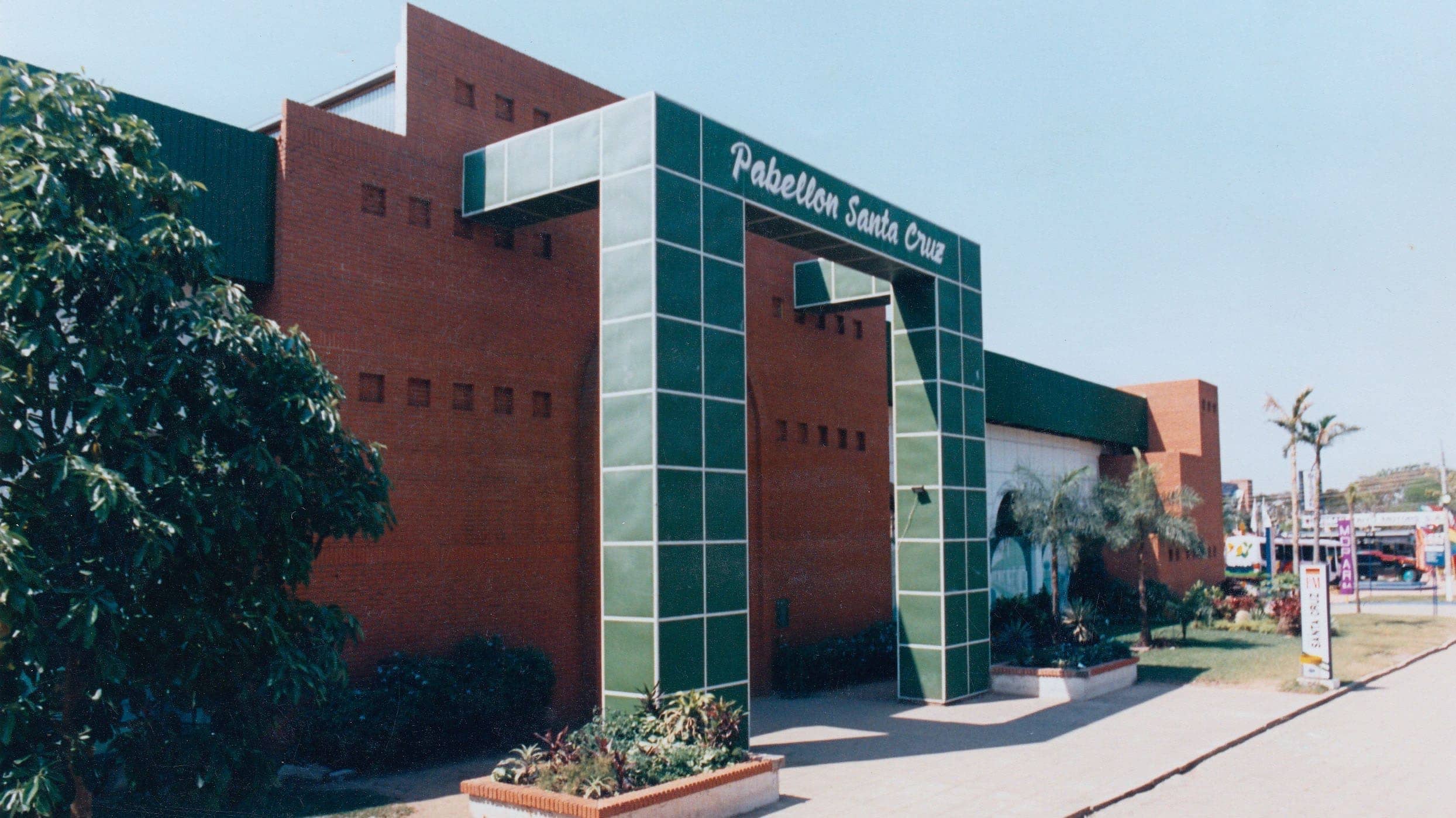 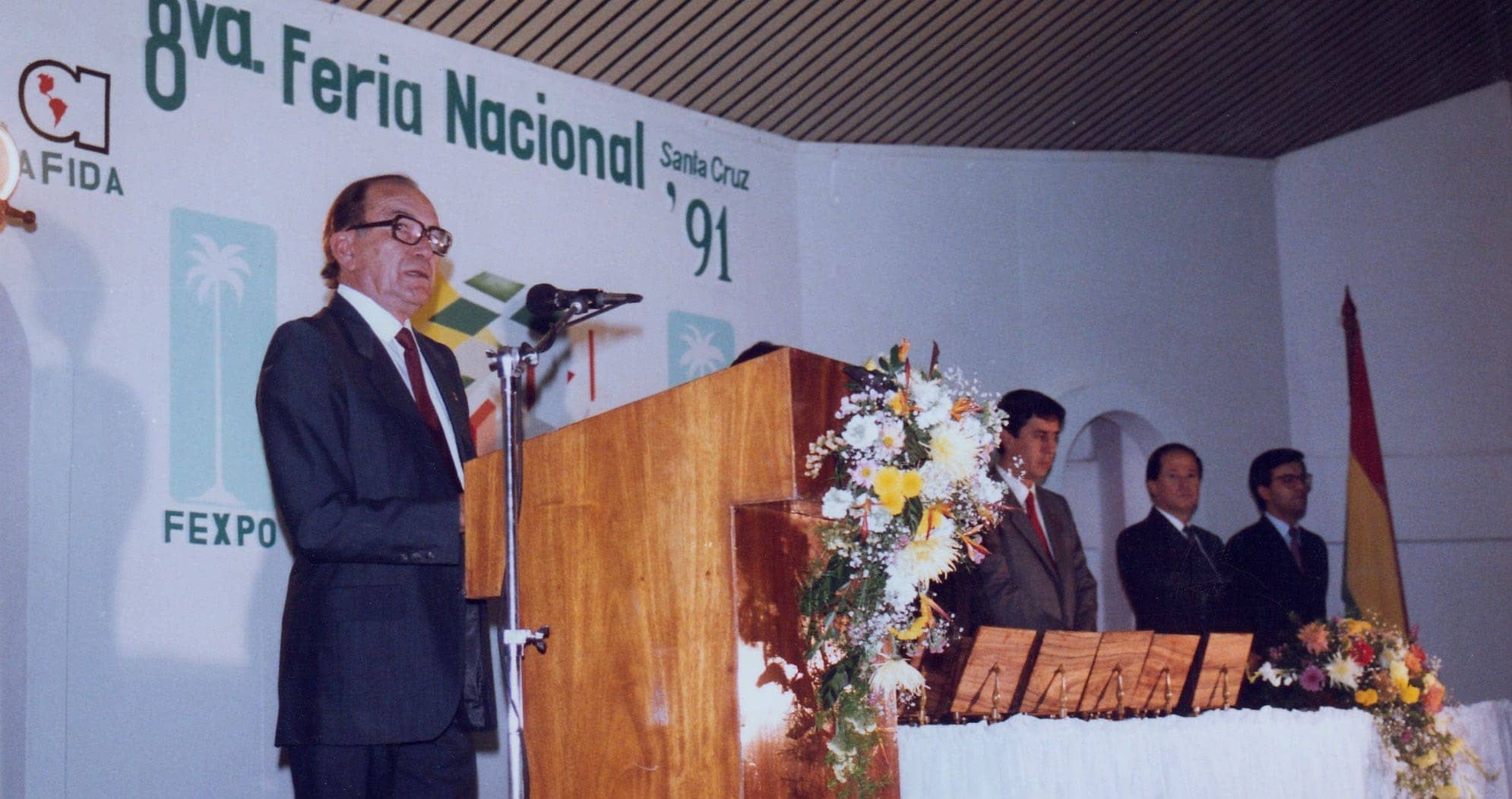 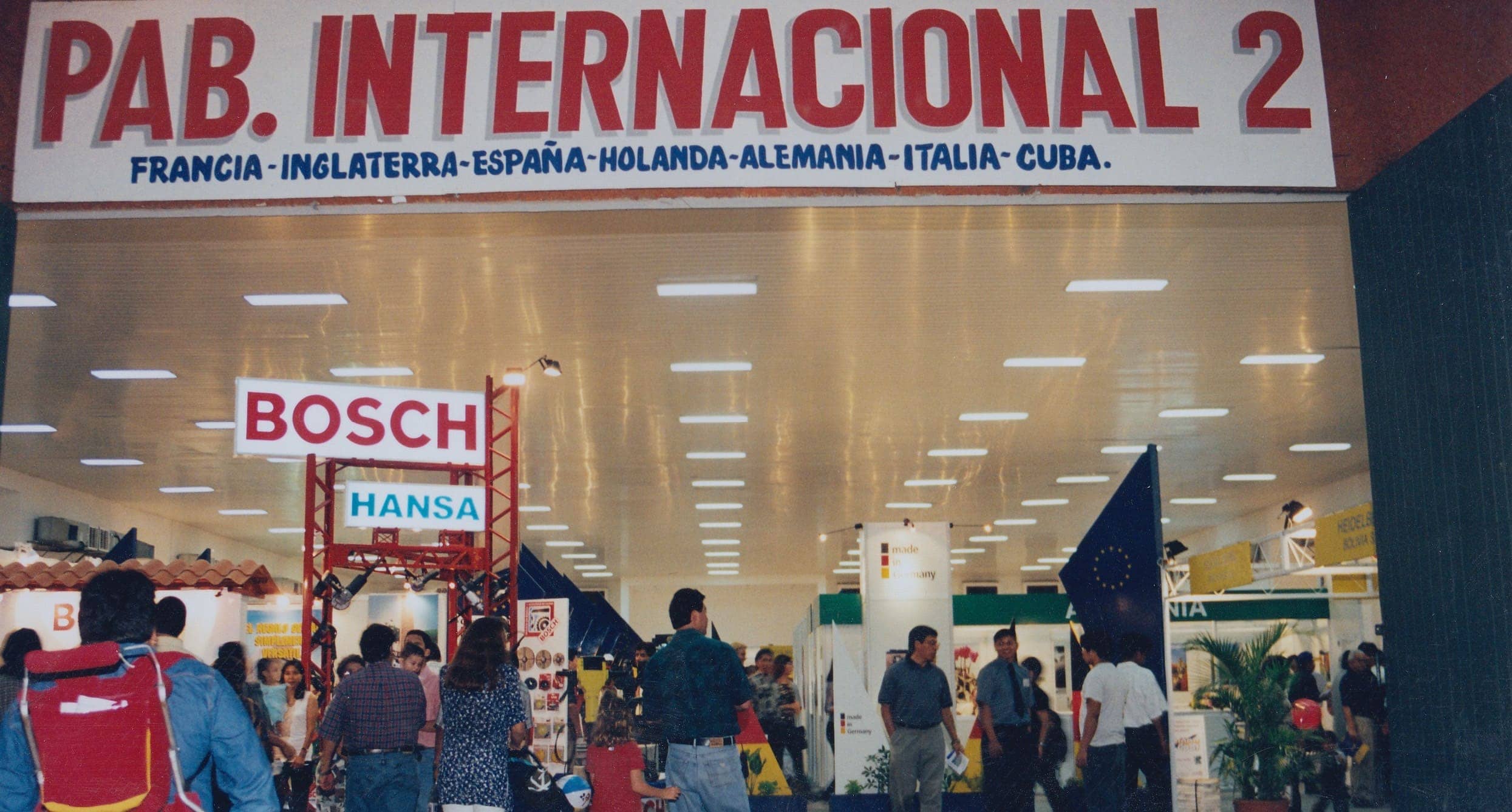 Square of the flags

EXPOCRUZ 2000 was able to improve international participation by 12%, being Brazil the country with the largest number of entrepreneurs. This fact contributed to palliate the effect of the economic crisis in the country. The business Roundtable exceeded 75 million dollars in businesses and intentions of doing businesses. 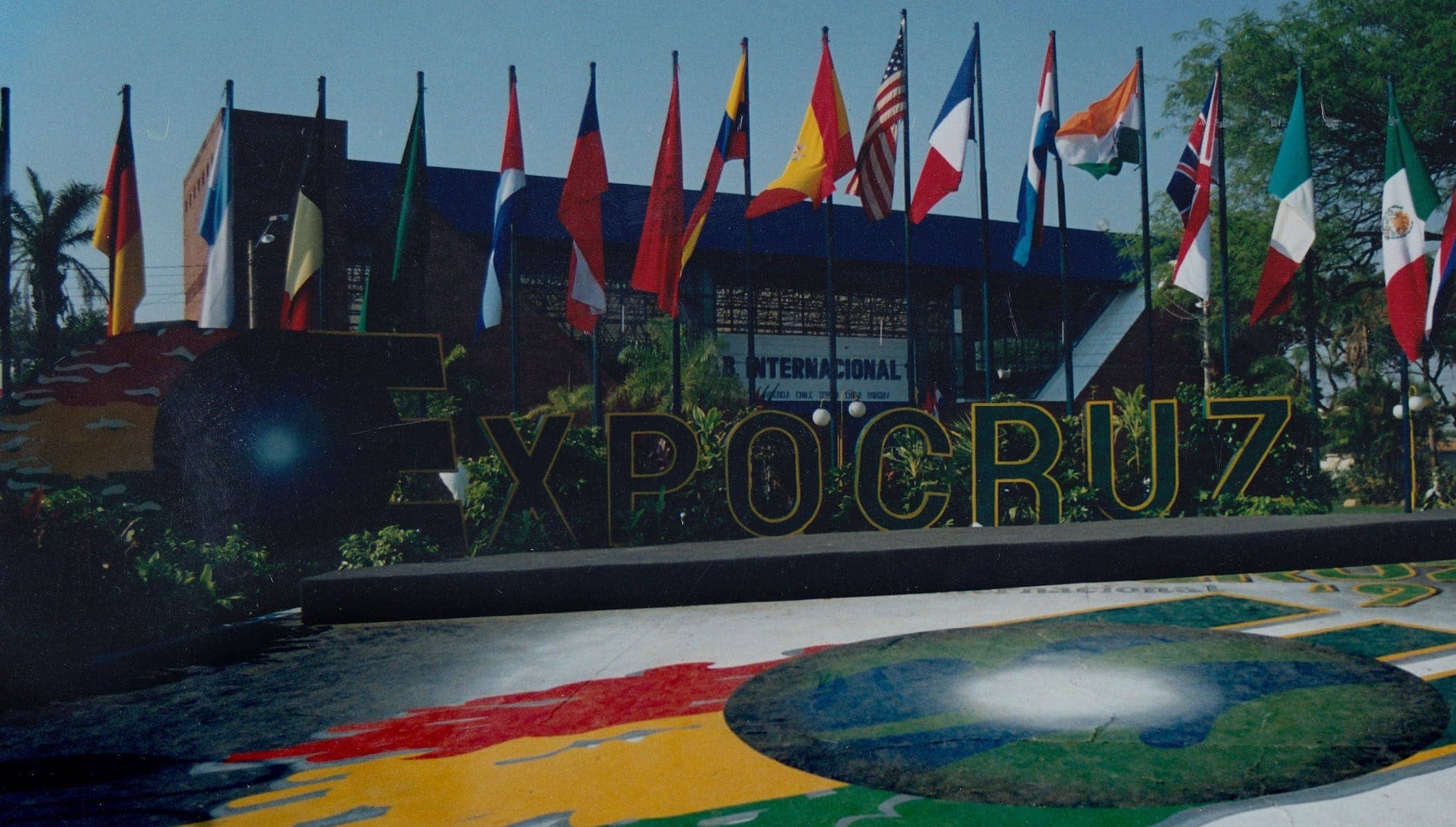 AWARD TO THE BEST PRESENTATION TOYOTA

EXPOCRUZ 2007 ended with a highly positive balance, showing the productive Bolivia, supported by the business thrust which believes in a growing Bolivia. More than half a million visitors were received throughout the ten days of the event. Additionally, in 2007, within the framework of the Agropecruz Fair and the Women’s Fair, respectively, business encounters take place, to schedule business meetings to encourage business contacts among the participating sectors. This is the year when EXPOMYPE (National Production Fair) was born in order to provide support to this important sector which contributes to the country’s economy.

The Santa Cruz Exhibition Trade Fair, invested in the construction of a very large Food Court, covering 4,000 square meters, capable of catering to more than 2,500 comfortably seated guests. Additionally, 12,870 square meters were purchased next to the fair grounds to provide additional parking space. 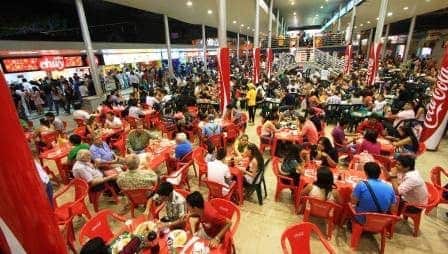 CONSTRUCTION OF THE BOLIVIA PAVILION

The Santa Cruz Exhibition Trade Fair built pavilion number 21 denominated International III with 1,000 square meters and an option which provides better conditions to international entrepreneurs who participate in this event at the fair grounds on a yearly basis. 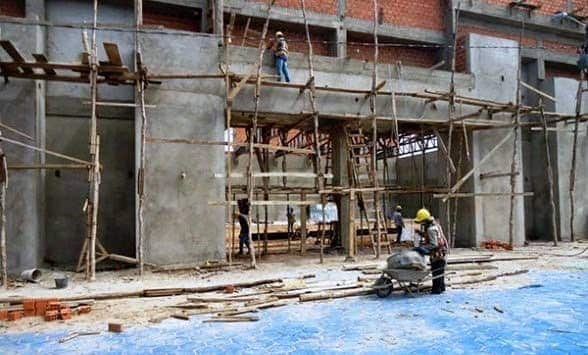 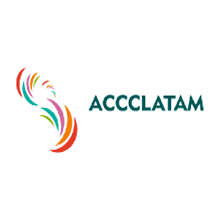 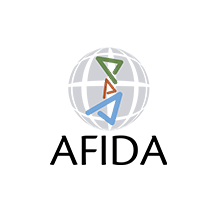 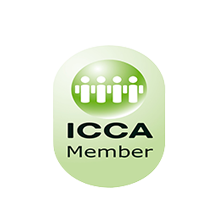 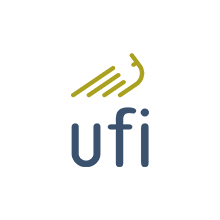